Even with the aid of ever advancing technology, there will still be the occasional epic fail. And with luck, someone will be there with a camera to document it!

Welcome to the Scutum-Crux Relay Station! Observe that dull yellow ball beneath us—that is the Lacadia Pulsar. It’s twelve miles in diameter, spins fifty times a second, and strobes X-rays to the ends of the galaxy. You wouldn’t want to step in front of the beam, but it makes a great beacon for the Pony Xpress tachyon packets we receive and reroute.

Some packets are missing their identification codes. Those we uncompress behind physical firewalls.

Once in a while, we get weird stuff.

For example, this string of spliced-together 2D vids.

A huge, wedge-shaped spaceship inches soundlessly toward a larger, complicated structure similar to an oil rig, the bright blue and white curve of a planet [Earth? Zeta-Tucanae?] in the background. It is a routine docking procedure. The tip of the vessel touches a long, extended framework—the airlocks kiss. Inertia carries the ship on, and the framework buckles, bends on itself, is crushed against the nose of the ship, which also flattens, compresses. It all happens so slowly.

Now the fuselage of the spaceship collapses like a crushed soda can, folding up against the absolute immobility of the station. The camera wobbles for a moment before coming back to stability. The top half of the ship, a tower housing the bridge and an array of sensors, continues onward, shearing itself from the hull, breaking off innumerable spindly protuberances from the space station, and continuing unconcernedly onward off-picture.

We guesstimate the crash to have occurred circa 2400-2500. Empire-class starships (and some are still in service) had small crews located in the tower, which could detach from the hull in case of emergencies. It’s possible no one died in the crash.

But I’m assuming the captain was fired. Next:

A blocky, humanoid robot stands in front of a forklift. The forklift is as tall as a house, the robot only slightly shorter. Its head, crude and industrial, contains a single eye, and manages to look lugubrious despite no other human features. The forks hold a massive cube of gray, corrugated, dense-looking material up high.

“Get ready.” A man with a five o’clock shadow, wearing a hard hat sits in the cockpit of the forklift.

One of the robot’s arms swivels upward and pushes against the bottom of the load. “I think it’s too ‘eavy.”

The robot’s head turns in its casing, whirring, to peer at the man. “You shore?”

The robot’s head turns back to the gray cube. It steps close, hesitates, then brings both arms under the load, which dwarfs it.

Grumbling, the man leans forward to peer at something on the dashboard, presses a button, and the cube drops to the ground, taking both of the robot’s arms with it.

The man leans out of the forklift to look down at the load, then up at the robot, who has not otherwise moved.

Omega Nebula, circa 2800, language and accent patterns being a dead giveaway.

At first we thought the “cannaway” was a component of one of those idiotic anti-matter energy plants the Messier 17 denizens were experimenting with around that time, which resulted in the destruction of several inhabitable planets (spoiler: no vids on that!) but we now realize he was just trying to say “counterweight.”

The robot is an unidentified model, but obviously based on familiar principles. Notice the anthropomorphic safety subroutines. They even added irony.

A grandstand filled with people above a wide flat area with purple grass. Three people in satin gowns and tall, many-folded headdresses process to a podium in the foreground. They orate and gesticulate earnestly, laugh [no sound was included in this vid]. Finally they step aside and indicate the flat area with sweeping gestures.

A few seconds later, a silver monolith, perhaps 100m tall, appears in the center of the field. The elaborately dressed people clap, very publicly. The monolith sinks into the earth without delay, leaving a hole with neat edges. The picture shakes. The gowned figures run across the foreground as chaos erupts in the bleachers. The hole becomes a conical pit, opens wider, swallowing the podium and then the grandstand. The picture turns crazily and cuts out.

Vietworld, 7/30/3009. The colony had just managed to purchase a displacer with a loan from the DBBank. The terms of the loan included 10% of the GPP (Gross Planetary Product) for the next 112 years.

All previous tests had been successful. Their mistake was displacing a 1M ton piece of iridium from orbit without accounting for the abandoned man-made caves under the settlement. Over 12,000 colonists lost their lives, and the displacer (located just off-camera) also was lost into the ensuing sinkhole.

The politicians were probably much easier to replace.

Through a transparent window: cylindrical habitats lying on red dirt, trailers, a rutted road. These things drop out of sight as the ground pulls away. The road dwindles to a dark thread, the bluish-white horizon gives way to clear blue sky. There is a sense of greater speed as cottony mists momentarily occlude the window, giving way to wisps that scream by in an instant. The blue of the sky thins. It gives way to a misty black speckled with stars.

The stars give way to thin blue sky.

Which gives way to clear blue sky. Wisps whip by again, but in the opposite direction. So do cottony clouds. Sometimes the image shakes. The blue-white horizon, the dark curve of the planet. The dark curve turning into red-hued landscape, red mountains—peaks, a canyon. The canyon resolving into thinner cracks and gorges. One of those gorges, the pattern of erosion, the texture of the cliff wall…

In the early days of colonization, space elevators were the preferred method of transporting loads to orbit. The technology was cheap and well-understood: some lasted for centuries. But of the rather well-populated class of space elevators that did not last for centuries, a distinct subset occurred in terraformed planets due to atomic oxygen decay, which couldn’t happen until the terraforming process was well underway!

A dull orange ball filling the entire screen, a black speck on the equator. Zoom in on the speck: a black, cigar-shaped object with a hexagonal head. It shoots a bolt of white energy to the surface. The response is near-instantaneous—dark cracks radiating away from the impact point. This area deforms into a great crater. The concavity reverses course and inflates into a huge orange bubble that swallows the orbiting object.

Cut to full-screen view. The ball is giving birth to a searing bright yellow cyst. The vid starts to break up, pierced with white pixels that rain into the viewpoint until everything is white, and then everything goes black.

The experts say it wasn’t a Hegemon ship. They never got this big—for this one is estimated to be on the order of 50,000 km long ( Z-class ships only got about 6000 km long [and only two were made and they didn’t really work that well]).

So what was the enormous not-Hegemon ship doing? My favorite theory: They were trying to induce the star to eject plasma in an attempt to move it; that is, to turn it into a rocket. The entire solar system would remain in orbit and move with the star. Journey across space without ever leaving the comfort of home via controlled bursts of plasma. Key word being controlled. Whatever beam they sent down to the surface, it obviously had a significant effect, although apparently not quite what they were going for. Unless you were trying to turn your star into a supernova.

Want to help me caption it?

“No, you idiot, the button on your other left!”

We don’t know if any people were onboard, unless you count robots (and I’m not there yet with the them being people). Maybe the planets weren’t habitable. Or the whole solar system was just kind of in the way.

Astronomers claim that no supernova with those properties have occurred in the galaxy since 1604 CE. No one has the faintest idea who made that ship or how they were able to, well, destroy their sun. No one in history has ever been able to induce any kind of acknowledgement from a star. No one human, at least.

Our race is justifiably proud of our galactic diaspora and pet pulsars. After all, we’ve come a long way from our arboreal beginnings. But for all the leaps forward, sometimes we miss the branch.

And sometimes there’s someone there to document it… 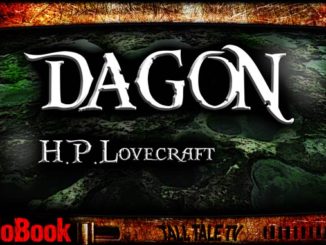 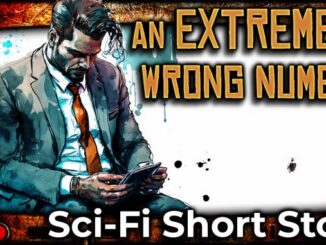 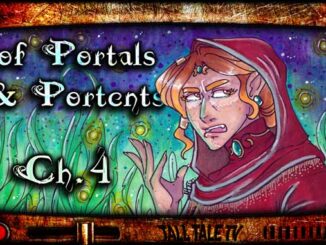 Of Portals and Portents, Ch. 4 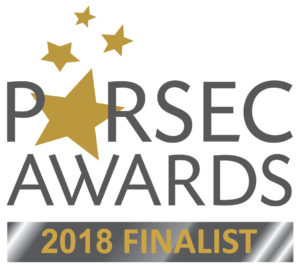